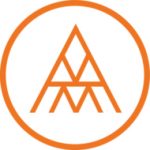 Visual Arts Mississauga extends a warm invitation to all. Come and be a part of the healing and co-operative arts community. We have a diverse and interesting group of people who have discovered their hidden talents and enjoyment through art. We know that art has an important role in helping people through particularly difficult times.

Visual Arts Mississauga would like to acknowledge that the land on which we operate is the territory of the Mississaugas of the Credit First Nation and the traditional homeland of the Anishinaabe, Wendat, and Haudenosaunee nations. This territory is covered by the Upper Canada Treaties and is within the lands protected by the “Dish With One Spoon” wampum agreement. Today, this place is still home to many First Nations, Metis, and Inuit peoples. We are grateful to have the opportunity to live and work on this land.

Founded in 1977 and incorporated in 1978, Visual Arts Mississauga (VAM) at Riverwood is a not-for-profit charitable arts organization. As one of Mississauga’s pillar arts and culture organizations and its premier visual art centre, VAM concentrates its efforts on three areas of excellence: Art Education, Art Exhibition and Community Engagement. VAM at Riverwood is a leading provider of visual arts programming for adults, teens and children (6+). VAM’s team of artist instructors offer over 200 courses, workshops, and camps in-house and online. Courses cover all levels and most mediums – acrylic, oil, watercolour, drawing, clay, and mixed media. VAM also runs its acclaimed Kids’ Arts Camp during March Break and the summer months.

VAM hosts special workshops and exhibitions by VAM member artist groups throughout the year as well as exhibitions at Mississauga’s Central Library. Major events include Art in the Park (September), the Holiday Artisan Marketplace (November), the Annual Juried Show hosted by the Art Gallery of Mississauga, now in its 39th year (January), the Members’ Show & Sale (March), and the Children’s Art Celebration (June). The VAM Gallery and Studio hosts member group and special exhibitions September – June.

VAM’s highly successful ArtReach Schools program delivers quality visual arts workshops to over 85 Peel Region schools. Other outreach programs are geared for community centres, to Older Adult groups and to Corporations for team-building retreats! Throughout the year, VAM fundraises for its Creative Children’s Fund which gives deserving children in need a week-long, summer camp experience; its Older Adult program which brings arts workshops to seniors who are in financial need or who are experiencing decreased mobility; and the VAM General Arts Fund which supports VAM programming throughout the year.