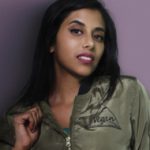 Stephanie Braganza is a powerhouse vocalist who weaves a sonic tapestry blending elements of pop and rock. Stephanie’s performances helped her win a Toronto Independent Music Award for Best Live Artist, and a 2016 Mississauga Marty Award Nomination. Stephanie and her band have performed at festivals including the Mosaic Festival (2014), MacArts Festival (2016), Gala for the Arts: The Renaissance Masquerade Ball (2017), Bollywood Monster Mashup (2018 and 2020); and at most well-known venues in the GTA. The vocalist has performed in a wide array of settings throughout her career, including a private event at the Art Gallery of Ontario which was attended by former president George W. Bush, and at the MuchMusic Video Awards.

In celebration of Canada’s South Asian Heritage Month in May 2017, Stephanie was listed in CBC Music’s top “10 South Asian–Canadian Artists You Need to Hear Right Now”. Another highlight in 2017 for Stephanie, was her participation in successfully breaking a Guinness World Record for the “World’s Longest Concert.”