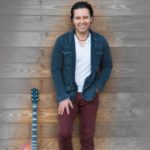 Canadian-born, Toronto-native Rob Tardik is multi-award winning guitarist and contemporary pop/jazz/world/fusion instrumental music artist, who has performed at venues all across North America. Rob’s last 8 CD recordings have spawned 6 U.S Billboard charting singles, two of which went to the Top 10 on U.S contemporary jazz radio. His recent awards include being a finalist and honorary mention in the 2019 International Songwriting Competition, winning the 2018 and 2007 Established Solo Music Instrumental Mississauga (MARTY) Arts Awards, and also placing 1st overall in the prestigious 2017 IAMA (International Acoustic Music Awards), and being named the 2010 Canadian Smooth Jazz Guitarist of the Year. His latest multi-album release DIVERSITY is a 4-volume compilation in his various musical styles featuring all new material and re-mastered songs from all his past six recordings. He is an active music/guitar professor at the Metal Works Institute, Centennial College, Long-McQuade, and the Merriam School of Music and a Godin Guitars and D ‘Addario endorsed artist for over 20 years.