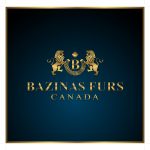 Established in Port Credit in 1982.  Port credit has a huge history with the fur industry and the credit river of port credit.  Pelts used to be brought down the river in lieu of payment credit was issued for future.  Hence the name Port Credit.

Bazinas Furs has been making coats in Canada since 1965 and established themselves in Port Credit in 1982.  They create,  design and manufacture coats and jackets not only in Canada but actually right here in Port Credit.  The fabrics used are not only fur but wool, leather, shearling and so much more.

Over the years and because of the support from both local and abroad Bazinas Furs has been able to expand its manufacturing into things such as belts, handbags,  and so much more.