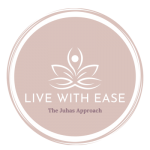 Julia is a professional Film/TV + Theatre Actor, Singer, Dancer and an Embodied Mindful Movement Coach + Certified Yoga Teacher. For over 25 years Julia has been performing alongside some of North America’s finest, both onstage and on the big screen which include Hilary Swank, John Travolta, Louise Pitre, Sean Cullen, Michael Therriault to name a few. She has also performed the song Memory in front of Lord Andrew Lloyd Weber himself on the Palladium Stage in London, England as a Maria finalist in the TV show How Do You Solve a Problem Like Maria.

Julia is a graduate of Sheridan College’s Music Theatre Performance Program and upon graduating went on to perform in Mirvish Productions, The Stratford Festival and in many theatres across Canada and the U.S. She has appeared in several of Ross Petty’s pantomimes at the Elgin/Winter Garden Theatre and in films and TV shows such as Frankie Drake, Beauty and the Beast, Remedy, Cracked, In Contempt, Hairspray, Amelia and many more.

Before the world shut down in March 2020, Julia had the privilege of playing the role of Halina in the Segal Centre’s Production of Indecent for which she won a Broadway World Award for Best Performance by a Female in Featured Role.

Although directing wasn’t Julia’s chosen path in the film industry, she recently fell in love with film directing and in spring of 2021 was approached to direct her first short film. Unfortunately due to the productions low budget the film was unable to visit post-production however, she is extremely grateful for the experience, proud of the work she did do on the production and looks forward to collaborating and directing her next film.

Julia’s first passion has always been dancing. According to her there is nothing more expressive than moving the body through space, listening and exploring the unique language of our individual body. This is why Julia not only touches lives through her storytelling as a performing artist but through her approach to yoga and movement as well. As a long time practitioner and teacher of yoga and dance, Julia helps people unravel and manage their chronic pain through embodied mindful movement modalities.

She is a choreographer as well and has choreographed and taught dance, art and yoga in many schools as well as shelters across the GTA.

She offers in-person and online private + group mindful movement sessions and complimentary yoga practices via her YouTube Channel – Live With Ease which is a wonderful creative outlet for her. It’s her way of giving back and being of service to others especially during these unprecedented times.