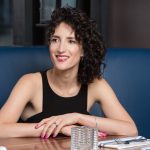 Heather Christine is a soulful and captivating entertainer who performs across Canada to audiences as large as 25,000. As an Award-Winning vocalist, Heather Christine connects with audiences with her vivacious stage presence, expressive voice and engaging personality.

As a Recording Artist, Heather Christine’s 2019 debut recording, Love in Colour garnered international recognition for its soulful blend of R&B, Jazz, and Pop. Within the first month of its release, Love in Colour rose to #1 on the Spanish Radio show Smooth Jazz Sitges (Radio 99.2FM Barcelona) also granting her a nomination for Album of the Year at the 2019 Mississauga Music Awards. Featuring her original compositions, songs from Love in Colour received radio rotation in Canada on Toronto’s JazzFM91, CIUT 89.5FM and on Wave 94.7.

Heather was trained through the Royal Conservatory of Music under the expert tutelage of Soprano Eleanor Calbes.

• 2018 Winner of the Mississauga Music Award for Best New Artist

• Co-writer of the song We Are The North, Mississauga’s 2017 official summer song for its #Canada150 Celebrations