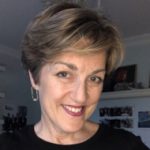 Energy, creative freedom and joy are words that describe the artistry of Jazz vocalist Denise Leslie. A gifted entertainer and storyteller, Denise transports audiences with her sumptuous vocals, and spirited live performances. Denise has a mission of bringing the ‘fun back to Jazz’ with her fresh arrangements and unique musical interpretations. With the release of her debut recording, One Fine Morning, Denise has become one of Canada’s emerging vocalists to watch.

The successful release of ONE FINE MORNING is a major step in Denise’s musical career – almost 3 years in the making. Denise enjoyed playing piano and singing in several choirs throughout her youth while her father – a devoted jazz fan, fostered a love of jazz music. She put her music aside for a number of years, but while enjoying success later in life as a sought-after Interior Designer, the mother of three felt a deep inner calling to rekindle her passion for singing – primarily, singing jazz music. This led to lessons, vocal workshops and more and more live performance opportunities.

Citing Jazz legends including Frank Sinatra, Ella Fitzgerald, Linda Ronstadt, Al Jarreau, Billie Holiday and George Benson as her greatest influences, Denise has a playful approach to Jazz believing the genre can sometimes take itself a little too seriously. “My focus is on melody, strong hooks and the fun that can be had with swinging and improvising the tune.”

Denise is now an in-demand featured vocalist in the Greater Toronto Area. She has graced stages across Ontario for the past 17 years while enjoying a six year residency as the lead vocalist with the Mississauga Big Band Jazz Ensemble. Her unique vocal sound has drawn comparisons to iconic vocalists including Diana Krall, Annie Lennox, Linda Ronstadt and Julie London.

*2012 – Released You Don’t Know What Love Is – musical recording with pianist/arranger Mark Kieswetter at Mississauga’s TRAX AHEAD STUDIOs.