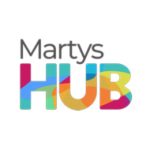 Noted for “the sparkling clarity” of his trumpet solos, Leathers has performed

Juilliard, in which he played principal trumpet at BBC Proms in 2019, and with The

Juilliard Orchestra at Carnegie Hall in 2020, where he played principal trumpet in

Mahler’s 5th Symphony. He is a member of a brass quintet, known as Brass22 and he

has also performed with the American Brass Quintet.

William is currently a student of Christopher Martin at The Juilliard School.

and Guy Few. Excelling at music from a very young age, Leathers won his first piano

competition before his fifth birthday. At twelve years old, he became the youngest

trumpeter to be accepted into the Toronto Symphony Youth Orchestra.

William has performed across Canada, the U.S., the U.K., and the Caribbean

earning awards and accolades as he gained increased notoriety. He has won concerto

competitions as a trumpeter and a pianist. He is a Bach Brass artist.

In 2018, William was one of only three to be accepted into the Juilliard

undergraduate classical trumpet program. He is the fourth Canadian classical

trumpeter to attend the school. Leathers is currently pursuing his Bachelor of

Music degree. He is the 2020 Mississauga Music Awards Musician of the Year, a

Vanguard Award. William Leathers is a student ambassador and a proud recipient of a

Kovner Fellowship at the Juilliard School.