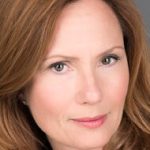 Susan is most recognized for her role as Mary-Kate Sinclair on Degrassi: The Next Generation Seasons 8-11.

Susan’s career in the film and television industry also includes several years of working behind the camera as an assistant director while a member of The Directors’s Guild of Canada (DGC).

Susan holds an Honours Bachelor of Arts with High Distinction (Drama Specialist) degree from the University of Toronto.

Susan trained at the American Academy of Dramatic Arts in New York City and various acting institutions in Toronto including Equity Showcase, Second City, and C.A.S.T.

Susan’s work as an acting teacher and audition coach has been recognized by agents and actors alike.

Susan works holistically in response to the actor’s specific needs. She draws from various schools of acting: Meisner, Stanislavski, Method, Stella Adler etc. Her aim is to guide the actor to a truthful non-acting performance.

Susan is passionate about helping actors realize their potential as artists whether it be on stage or in front of the camera.