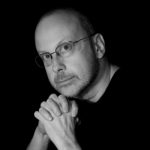 Robert J. Sawyer, dubbed “the dean of Canadian science fiction” by both the CBC and THE TORONTO STAR, is a member of both the Order of Canada and the Order of Ontario and he holds honorary doctorates from Laurentian University and the University of Winnipeg. An inductee into Legend’s Row: Mississauga’s Walk of Fame, winner of the Established Literary Artist Marty Award in 2002 and a Lifetime Achievement Marty Award in 2017, Rob serves as a citizenship officiant for the Mississauga Office of Immigration, Refugees and Citizenship Canada, frequently swearing in new Canadian citizens. He was one of the initial nine inductees into the Canadian Science Fiction and Fantasy Hall of Fame. Rob has won the Hugo, Nebula, and John W. Campbell Memorial Awards for Best Novel of the Year as well as the Robert A. Heinlein Award, the Hal Clement Award, and the Crime Writers of Canada’s Arthur Ellis Award. His twenty-four bestselling novels include THE OPPENHEIMER ALTERNATIVE, QUANTUM NIGHT, CALCULATING GOD, and FLASHFORWARD, basis for the ABC TV series of the same name.