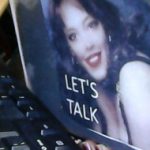 My name is Marie-Line Hurley aka Marilou. I am a visual Artist, Community Leader, Art Director and Social Worker. I came from a family of mixed heritage French, Indian and African which make me a Creole (Haitian descendent). live in Montreal grew up in Ontario. I completed a certificate in Arts and Arts management at Sheridan College in 2004-2005, obtained a Diploma in 2008 in Community Services and Addictions program. Further my study in 2014 from Ryerson University. Completing an Honour Bachelor degree in Social Work. Major English-French Proficiency, Additional languages Creole and Basic Spanish. As a visual Artist I explores colourful themes of mythology, black Art, story telling to the Haitian creole Culture and Folklore, paying “Homage” to my Ancestors. In 1998 I created Genius are made later on became Diversity Folks Art Group. with unique vision to provide Community Entertainment, Social integration, supporting the diversity and the enjoyment for the community. I had believe that genius can be made, it was important to dive in while the community was changing with an extreme diversity of culture and the continuing influx, it was a momentum of the chapter worth to remember specially . The support of the Community , The Mississauga Art council and the Art Gallery of Mississauga.