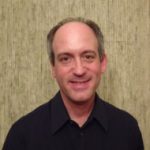 Drummer, composer and bandleader Jay Boehmer has been performing in the GTA since 1990 with his jazz trio as well as many other projects. Jay graduated from Toronto’s Humber College Jazz Program as a performance major where he developed an interest in composition. Boehmer was part of Toronto’s “Queen Street” indie scene, recording and performing with numerous bands. Jay has also played drums and percussion in over 40 theatre productions across southern Ontario.

In 1995, Jay founded his quartet Jay Boehmer Jazz as an outlet for his original compositions. He released his debut CD Don’t Look Back in 1999; Autumn Afternoon was released in 2007. From 2005 to 2010, the Jay Boehmer Band, with singer Michelle Berting, performed regularly at Toronto’s Old Mill Inn covering classic songs, dance hits and popular standards.

Jay currently performs with country sweethearts Dirty Dishes, the Mississauga Big Band Jazz Ensemble and the New Vibes Jazz Quintet, from Kitchener, Ontario. The Jay Boehmer Trio continues to perform in clubs and for corporate and private parties. Jay Boehmer Jazz albums are available on iTunes and have been featured on CBC radio and television, Jazz FM91 and City TV.